If you have flown on a commercial airline in the past three decades, there is a good chance you have the employee-owners at Device Engineering Incorporated (DEI) to thank, in part, for your safe arrival. 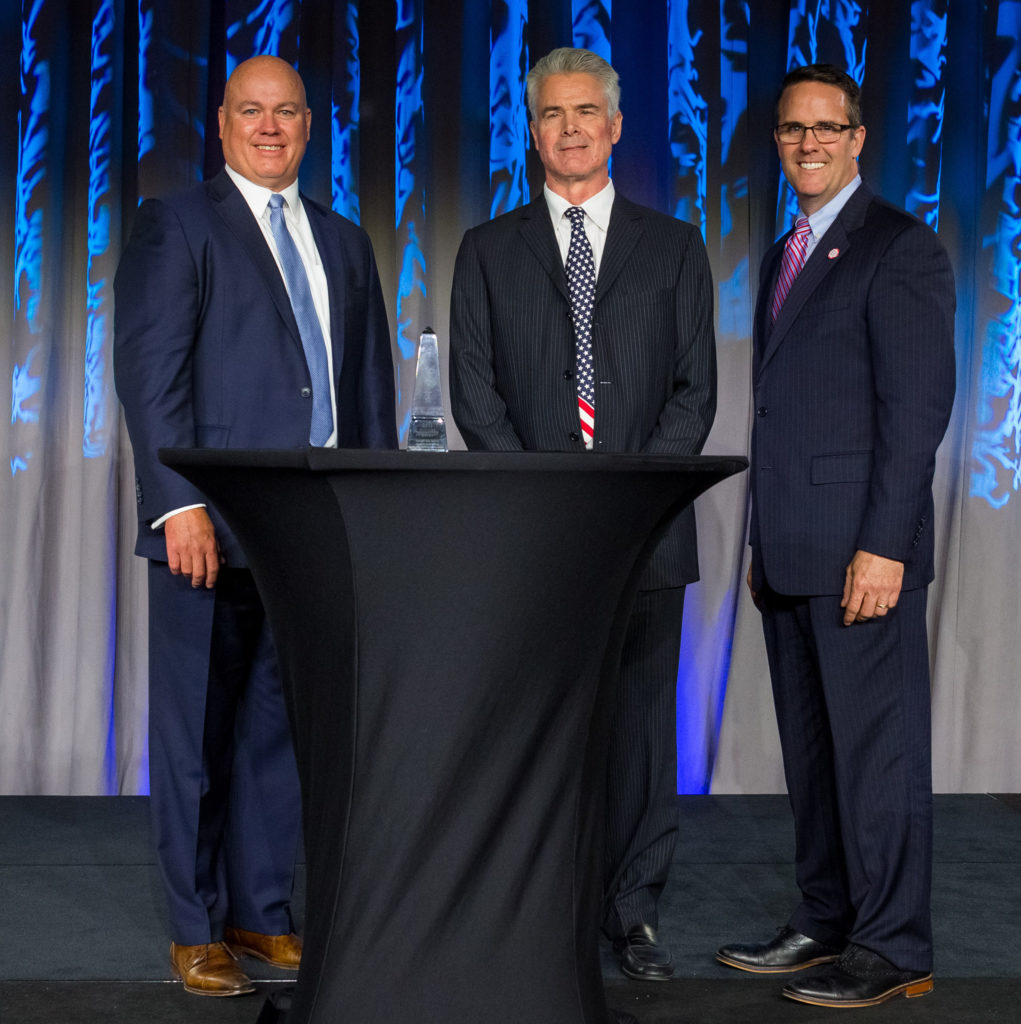 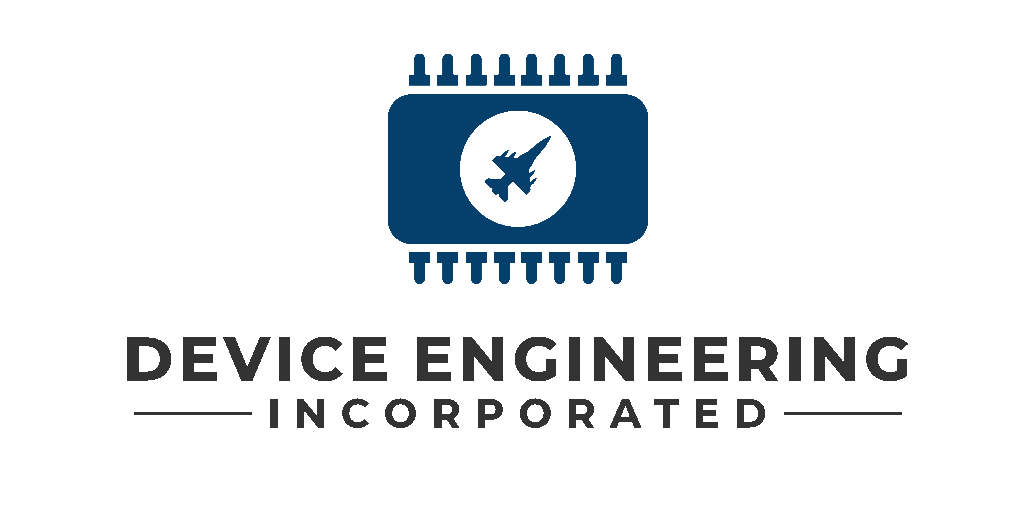 For thirty years, the engineers at this Tempe, AZ-based firm have been designing and testing the semiconductors that allow the critical electronic systems of airplanes to communicate with one another. Their products can be found everywhere from the cockpit to the lavatory, and are widely used by both the commercial aviation industry and the military.

In 2020, not only did DEI reach its 30th year in business, it also marked the 10th anniversary of transitioning to employee ownership through an Employee Stock Ownership Plan (ESOP). Like many companies, they had to temper any celebrations against the challenges of a year with unprecedented challenges—one that turned their biggest market upside down.

Despite the undeniable setbacks they have faced in 2020 from both industry upheaval and the COVID-19 pandemic, DEI’s employee ownership mindset has helped sustain and empower them to continue making the products that keep the world moving.

Device Engineering Incorporated was founded in 1990 by Philip Hubbert, a longtime veteran of the engineering industry whose resume included such notable accomplishments as contributing to the Apollo space program during his tenure at Hewlett Packard.

Under Hubbert’s leadership, DEI developed a reputation for quality, reliability and innovation that earned them longtime contracts supplying the largest aircraft manufacturers in the world, including Boeing and Airbus.

By 2010, Hubbert was thinking seriously about his retirement. He decided to sell a portion of the company to an ESOP—a retirement plan managed by a trustee that allocates company shares to the employees and effectively makes them co-owners. The sale enabled him to diversify his holdings, while also safeguarding his legacy by ensuring the company would live on even after he was no longer at the helm.

Hubbert remained in his leadership role until retiring in 2014. When he passed away from an illness two years later, the ESOP purchased the remainder of his shares from his estate, making DEI a 100% employee-owned company.

Too good to be true?​

Robert Sharman joined DEI as their Director of Sales in 2011, shortly after their ESOP was implemented. He went on to become Vice President of Sales and Marketing before becoming the company’s fourth President in 2018.

When asked if the ESOP played a role in his decision to join the company, Sharman laughed. “Not at all. Because I didn’t believe it. It sounded too good to be true.” Over the last few years, though, Sharman has seen just how significant the financial benefits of being part of an employee-owned business can be for employees and their families.

“We’ve had two employee retirements now, and unfortunately a couple of deaths,” he said. “Both of the folks who retired had a good payout, and the folks who died, their families were able to get a good payout, too. It isn’t too good to be true. It actually does what it says.”

Creating vital components for the aviation industry is a high-stakes business. The consequences if a component fails could be catastrophic. The semiconductors not only need to function exactly the way they are meant to, whether on the ground or at 30,000 feet, they also need to keep functioning even if a plane is hit by lightning.

With a staff of just 28 employee-owners, DEI is a small company with a big impact. In an industry that demands both dependability and constant innovation, DEI’s products can be found in the majority of commercial aircraft around the world.

Additionally, DEI designs components that the U.S. military relies on to upgrade and enhance the capabilities of our servicemen and women in the field. “I like to say that we’re not the tip of the spear, but we help build the spear,” Sharman said.

Even before the pandemic struck, 2020 already had the makings of a challenging year for DEI. The Boeing 737 Max had been grounded the previous March after the planes were involved in two fatal crashes, and Boeing went on to miss multiple deadlines for the regulatory approval they would need to get the planes back in the air.

“We knew it was going to be a tough year. We just didn’t know how tough.”

“It was obvious by the beginning of this year that they were going to shut down production, which meant that, rolling back through the supply chain, the demand for our components was going to drop,” Sharman explained. “So, we knew it was going to be a tough year. We just didn’t know how tough.”

Sharman said he realized how disruptive the COVID-19 pandemic was going to be in early February, when he attended an avionics industry conference in San Diego and saw that none of the Chinese vendors were there. “Normally 25-to-30% of the booths are Chinese companies,” he said. “This year there were none.”

That spoke to the severity of the situation in Asia, and he knew it was only a matter of time before it reached the same level in the United States. It was easy to connect the dots and see how a global pandemic could have a devastating effect on air travel, and by extension, on DEI’s bottom line.

“We decided that we needed to preserve cash and make sure we’re sitting on as much as we can put together,” Sharman said. “We didn’t want to have to go out for loans while strapped for cash in the middle of a crisis.”

Thanks to their work supplying the military, the federal government deemed DEI an essential business, meaning they never had to shut down during the pandemic. Their engineers were allowed to do their design work from home, only coming into the office when they needed to perform tests in the lab.

Despite their uninterrupted operation, DEI has not escaped the pandemic unscathed. They had over $13 million in sales in 2019, but they expect 2020 sales to drop by 25%. Thankfully, a combination of strong savings, foresight and the agility of employee ownership put them in a good position to survive such a sizable financial hit.

Everybody has a voice

A deep commitment to protecting the livelihoods of their employee-owners was on full display at DEI from the very start of the pandemic, when Sharman authored a letter to the entire staff promising that there would be no layoffs and no reduced hours if at all possible—a promise that the company has kept.

“People are scared,” Sharman said. “Everybody’s thinking, ‘Am I going to lose my job? Are there going to be cuts?’ How are you supposed to do your job when you’re worried about putting food on the table? I know I want to feel secure. So does everyone else.”

With the security and peace of mind provided by their employee-centric mentality, the employee-owners at DEI were able to focus on helping their company and each other.

When asked how being an employee-owned company has helped DEI handle the challenges of the pandemic, Sharman summed it up in a single word, “flexibility.” Having a true stake in the company’s survival and success has inspired the employee-owners to seek out additional ways to help the company through this challenging period.

The improved job security at employee-owned companies can be attributed to a number of factors, including increased productivity, profitability and growth (for more data backing up these benefits, read Project Equity’s white paper, The Case for Employee Ownership).

Perhaps the most powerful factor, though, is that employee-owned companies operate with an employee-centered mentality. When every employee’s voice matters; when management sees every employee as a person with ideas, hopes, needs and fears, instead of a line on a spreadsheet; and when everyone in a company relies on one another for their shared success, a company is more willing to do whatever it takes to keep jobs intact.

“Everyone wants to know, ‘what can we do to help? We want to pitch in and make sure everything runs smoothly,’” Sharman said. “Nobody wants to just duck and cover. They all want to step up and make things work.”

One way the employee-owners have prepared themselves to keep things running smoothly is by familiarizing themselves with the intricacies of crucial roles that may fall well outside their job descriptions.

“We have one guy who is responsible for shipping and receiving,” said Sharman. “If he’s out sick for any reason, then we have a big problem. But we have at least two people who are ready and willing to step into that role as necessary. We don’t have to go around and ask people to do it. It’s fully automatic.”

“Because we’re an employee-owned company, everybody has a voice. There’s no reason why all voices shouldn’t weigh in.”

Sharman is proud to be part of a company where everyone is so engaged. “People always talk about ‘thinking outside the box,’ but most companies—particularly larger companies—don’t really want you to do that,” he said. “Because we’re an employee-owned company, everybody has a voice. There’s no reason why all voices shouldn’t weigh in. Whether they’re in shipping, or customer service or they’re a clerk. These folks know how to improve their own jobs if you listen to them. If you think you know better than the folks who are actually doing the job, you’ve probably got a rude awakening coming.”

While he is quick to say that the future is uncertain, given the upheavals of the COVID-19 era, Sharman is optimistic about what lays ahead for DEI. He views the pandemic as a proving ground. “I’m positive about it. It’s a challenge, but it’s a good challenge in a way. If you can successfully negotiate your way through this, then you’re going to be in very good shape indeed.”

Thanks to their strong culture of employee ownership, DEI has weathered the worst of the COVID-19 economic downturn and can continue to keep the world flying high. 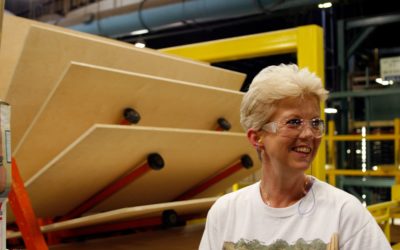 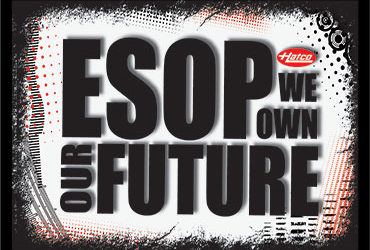 Project Equity had a chance to connect with Hatco Corporation, a successful ESOP and manufacturer in Wisconsin. Read full story >> 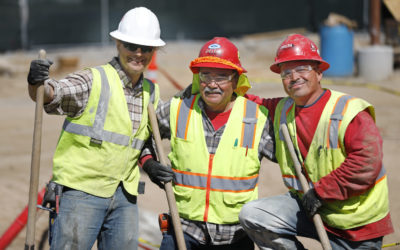 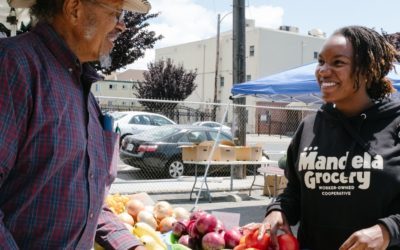 Project Equity had a chance to connect with Andrea Talley, the general manager of Mandela Grocery Coop, an Oakland icon and one of Project Equity’s Thrive program clients. Read full story >> 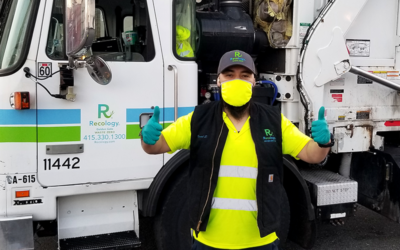 Project Equity reached out to Julie Bertani-Kiser, Senior Vice President and Chief Human Resources Officer at Recology, to find out how their ESOP company was responding to the health crisis. Read full story >> 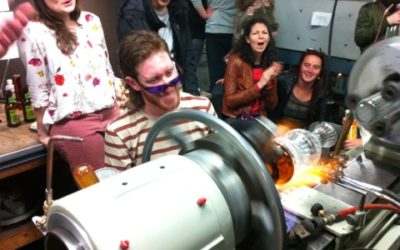 Adams and Chittenden, a manufacturer of laboratory glassware in Berkeley, CA, worked with Project Equity to transition the company ownership to their employees. In 2018, Mo was preparing to become one of the new owners. Read full story >>