A Slice of New York

Most people don’t think of a customer service job as a pathway to the American Dream. That dream is aspirational, most often seen in the small business owner who creates a middle class life for herself and her family. But a group of pizza shop employees — young people working their way through school, workers who have made the restaurant industry a career choice, and people of varying cultural backgrounds — are on the path to that dream, thanks to Kirk Vartan and his wife, Marguerite Lee. Vartan and Lee, co-owners of A Slice of New York (ASONY), a pizza shop in the heart of Silicon Valley, sold their company to their employees in the summer of 2017 and have turned their two pizza shops into a single worker-owned cooperative.

The story of Slice

Vartan, a New York native, worked at one of the pillars of Silicon Valley, Cisco, during the Dot.Com boom. Eventually, though, with high tech work no longer fitting him, he set about re-creating one of his childhood memories, the slice of New York-style pizza that he and his childhood friend, Charlie, would grab when his parents got home late from work. Vartan and Lee had no restaurant experience, but they put in the work to make something special. There’s been no magic, just hard work, quality ingredients, and good recipes. But mostly it’s been about the passion that Vartan and Lee bring to both the pizza and the people.

As Vartan says, “Our job is to make people happy. That’s all we do.” From attending employees’ band performances to hugs at the end of the day, Vartan and Lee think of ASONY as their chosen family and have, from the beginning, invested in not just the business but the people who work there. One of their greatest rewards has been to “see how our business has been able to give people the ability to create a life that they like.” And employees have returned that care and investment with their loyalty, many working with the company five or more years, so far. One employee, Miguel Rubio, has been with ASONY for ten years, since the beginning; Vartan and Lee’s small business helped him pay for college.

In late 2015, Vartan and Lee began to return that loyalty, by inviting their employee family to co-own the business. Vartan reflected that “creating opportunities for [our employees] is very important to us.” All along they’ve been concerned about ensuring that their employees have sustainable employment, particularly as the service industry gets squeezed by the tech industry. By turning ASONY into a coop, they have generated wealth for themselves through the sale and have begun the process of creating wealth for their employees. When they started, they considered opening with ownership shares like they experienced in their corporate jobs, but were told that model would not be viable in a small restaurant business starting up.  Instead, they embraced practices they liked, such as annual bonuses, spot bonuses, and performance reviews. All of those elements helped build a successful team working together to create a profitable business. In fact, according to Project Equity, the organization helping transition ASONY to a worker-owned cooperative, a business being stable and profitable is one of the keys to a successful conversion.

The process that Kirk, Marguerite and a core team of their employees has pursued to undertake their cooperative conversion is typical of Project Equity’s approach, both in helping businesses convert, and in building a pipeline of interested companies. ASONY began Project Equity’s Incubator program in spring 2016, together with two other retail food businesses (cafe/wholesalers). One of these left after the first phase of the program, realizing they were committed but not ready for the transition. The other, Niles Pie Company, continued alongside ASONY, and both have completed their conversions in 2017. The owners of each company and a handful of key employees met in person with Project Equity as a cohort every other month, and online in the off months. Project Equity also met individually with company owners and with each company’s owner-employee team at least once a month. Toward the end of the process, meetings became more frequent, and lawyers and accountants were highly engaged in a coordinated effort.

As the conversion process advanced, Vartan and Lee embarked on a bit of an evangelical mission to tout the benefits and power of coop conversions, talking openly about the process with their employees and customers. They want to be examples to others, especially in the South Bay business community, of how to transition a business to employee ownership efficiently and cost-effectively, and have already referred one business owner they know to Project Equity. Vartan has also spoken at two events that PE organized to reach other business owners and “business connectors” — service providers and advisors whom business owners trust and who can help get the word out about employee ownership. Vartan is also active politically in Santa Clara, where he and Project Equity are looking forward to engaging city government on this issue, as Project Equity and others have been doing in the East Bay.

Watch our interview with Ren 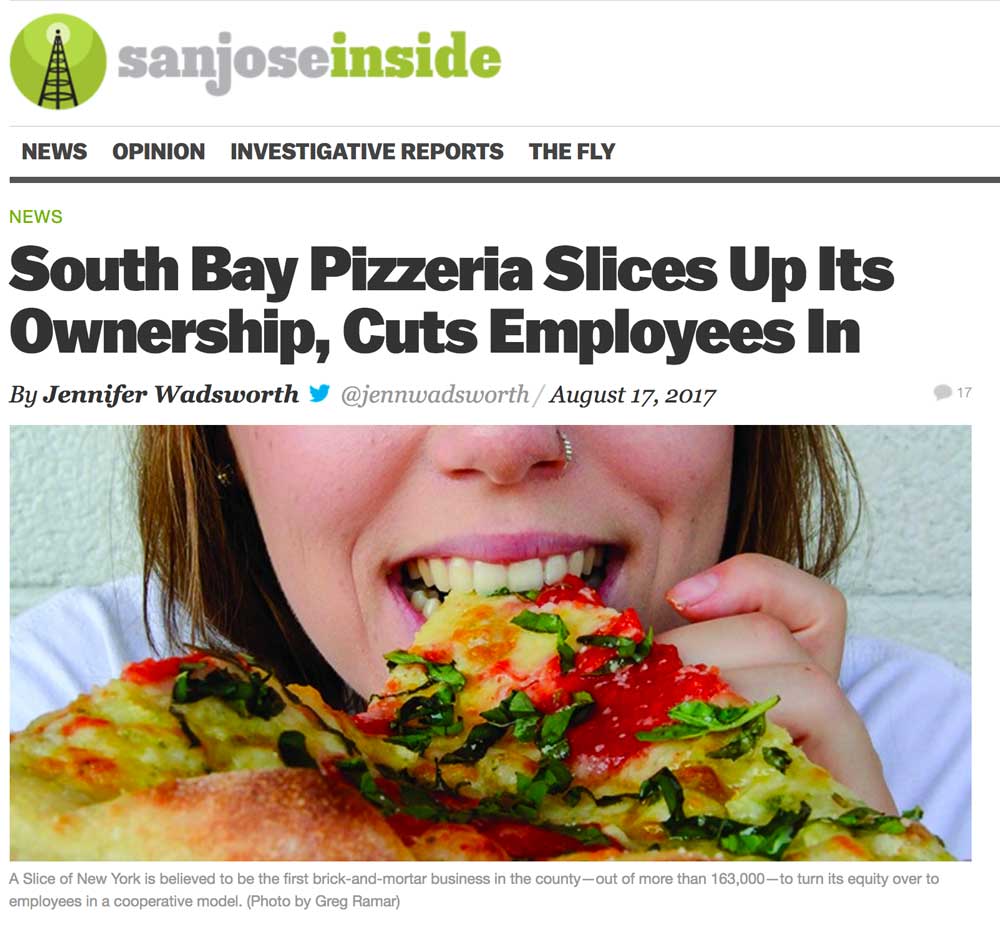 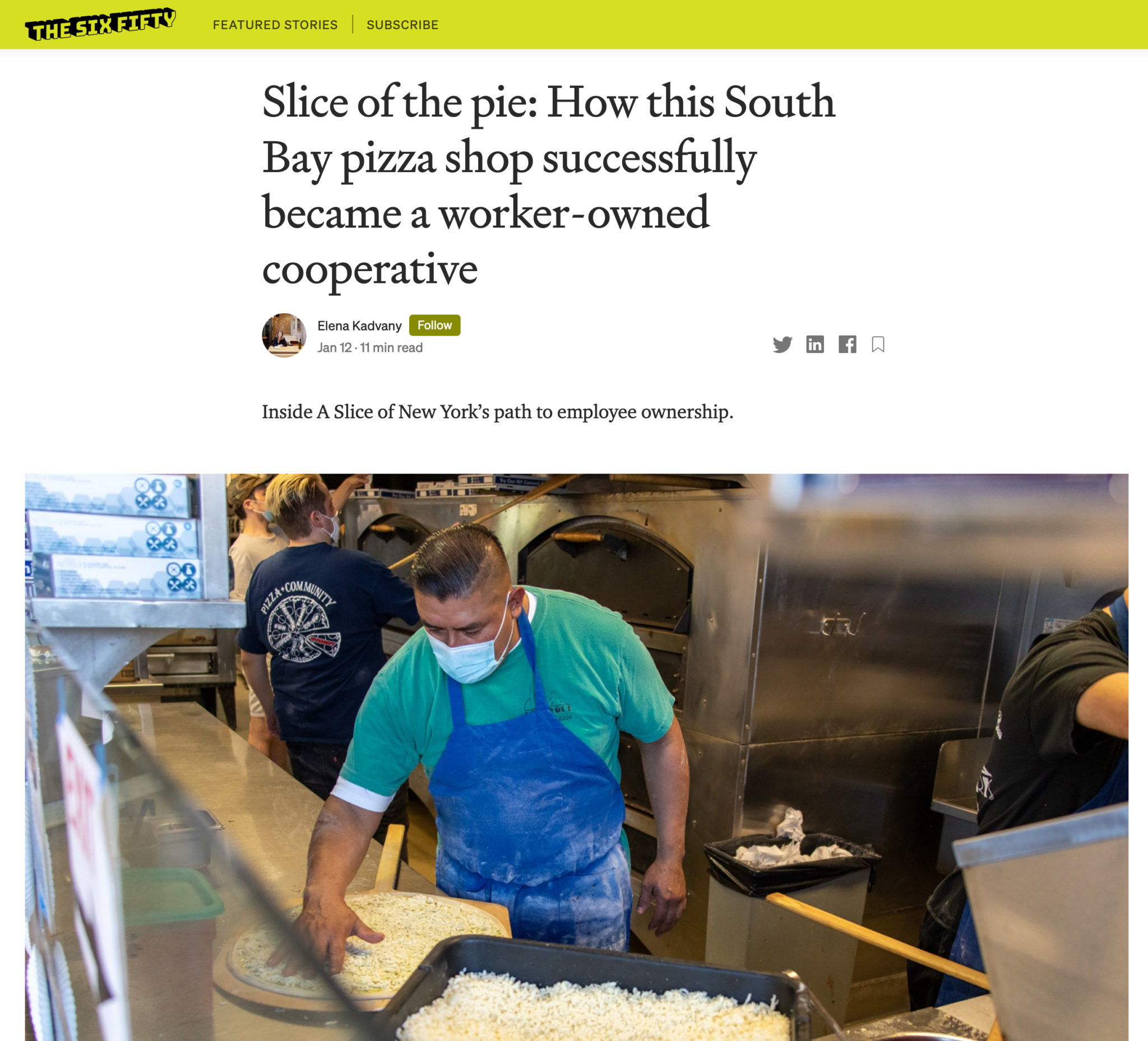